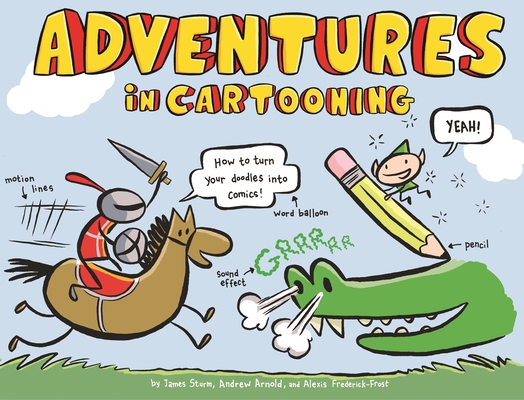 
Praise For Adventures in Cartooning: How to Turn Your Doodles Into Comics…

James Sturm is the author of several award-winning graphic novels for children and adults, including James Sturm’s America, Market Day, The Golem’s Mighty Swing and Satchel Paige: Striking Out Jim Crow. He is also the founder of the Center for Cartoon Studies and the National Association for Comics Art Educators.  He created Adventures in Cartooning with collaborators Alexis Frederic-Frost and Andrew Arnold. Sturm, his wife, and two daughters live in White River Junction, Vermont.
Loading...
or support indie stores by buying on