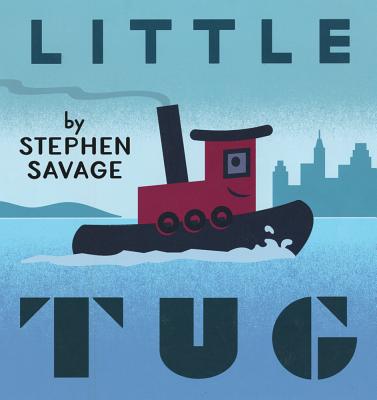 Little Tug may not be very tall or very fast, but when the big ships in the harbor need help, they know they can count on him to be there with a push, a pull, and a ride to safety. But what happens when Little Tug gets tired?

This simple, endearing book with a charming retro feel and an emotional punch is the first book for Roaring Brook Press by the acclaimed author of Polar Bear Night (New York Times Best Illustrated book) and Where's Walrus?

“Petite but powerful, the small red tug feels a sense of accomplishment during the day but still enjoys being pampered at bedtime. Large type, simple sentences, and repetition offer a pleasing story line and showcase the appealing illustrations.” —School Library Journal

Stephen Savage is the illustrator of the New York Times bestselling picture book Polar Bear Night, also named a New York Times Best Illustrated children's book. He is also the creator of Where's Walrus?, which was the recipient of three starred reviews. He lives in Brooklyn with his wife and daughter.

Steven Savage is a biologist, natural history writer, lecturer, and an associate member of the Institute of Biology in England. He teaches about ocean biology and has written more than thirty-seven natural history books for children.
Loading...
or
Not Currently Available for Direct Purchase