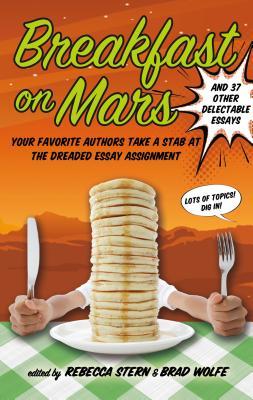 Breakfast on Mars and 37 Other Delectable Essays will inspire students to think differently about the much feared assignment in elementary and middle schools around the country: essay writing.

“*An important collection that ought to become a staple in writing classes.” —Kirkus Reviews, starred review

“*...a refreshing and useful tool for every middle- and high-school writing teacher to keep handy.” —Publishers Weekly, starred review

“A unique volume, well worth the read. ” —School Library Journal

Rebecca Stern was an elementary and middle school teacher for ten years and is now a freelance editor. She is the co-author of Breakfast on Mars and 37 Other Delectable Essays. She lives with her husband and their dog, Laika, on a hill in San Francisco.
Loading...
or
Not Currently Available for Direct Purchase