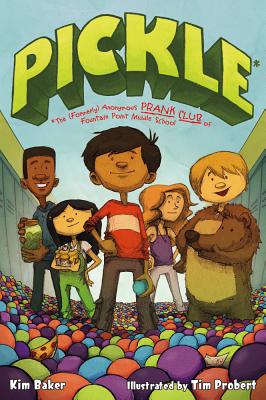 Tim Probert has illustrated children’s books, including Pickle by Kim Baker, as well as magazines and advertisements. He is also a director at the animation studio Aardman Nathan Love. He lives in New York City.
Loading...
or
Not Currently Available for Direct Purchase