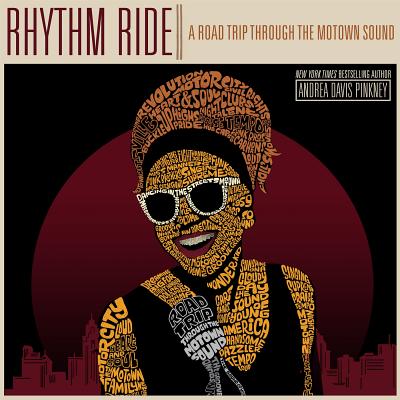 A Road Trip Through the Motown Sound

From award-winning author Andrea Davis Pinkney comes the story of the music that defined a generation and a movement that changed the world.

Berry Gordy began Motown in 1959 with an $800 loan from his family. He converted the garage of a residential house into a studio and recruited teenagers from the neighborhood-like Smokey Robinson, Mary Wells, Marvin Gaye, Stevie Wonder, and Diana Ross-to sing for his new label. Meanwhile, the country was on the brink of a cultural revolution, and one of the most powerful agents of change in the following decade would be this group of young black performers from urban Detroit. From Berry Gordy and his remarkable vision to the Civil Rights movement, from the behind-the-scenes musicians, choreographers, and song writers to the most famous recording artists of the century, Andrea Davis Pinkney takes readers on a Rhythm Ride through the story of Motown.


Praise For Rhythm Ride: A Road Trip Through the Motown Sound…

“A well-crafted spin that will reverberate in the hearts of music, African American culture, and history buffs.” —School Library Journal, starred review

“Veteran author Pinkney takes readers on a road trip to Motownin a book that catches the excitement of Hitsville U.S.A.” —Booklist, starred review

“An ebullient, wonderfully told introduction to music that had an indelible influence on a generation and its times.” —Kirkus

Andrea Davis Pinkney is the New York Times bestselling and award-winning author of more than 30 books for children and young adults, many of them illustrated by her husband Brian Pinkney. She was named one of the "25 Most Influential Black Women in Business" by The Network Journal, and is among "The 25 Most Influential People in Our Children's Lives" cited by Children's Health Magazine. She lives with her family in Brooklyn, New York.
Loading...
or support indie stores by buying on
(This book is on backorder)