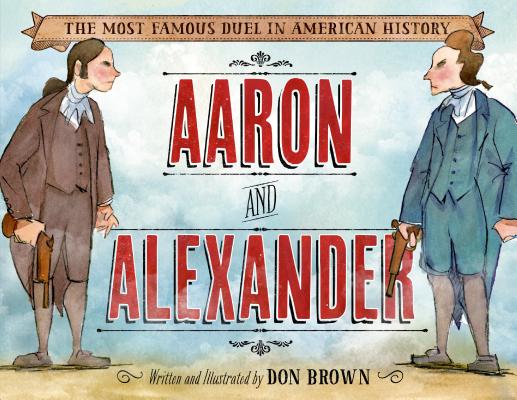 The Most Famous Duel in American History

Aaron Burr and Alexander Hamilton were both fierce patriots during the Revolutionary War, but the politics of the young United States of America put them in constant conflict. Their extraordinary story of bitter fighting and resentment culminates in their famous duel. For young patriots who may not yet know the shocking and tragic story, Aaron and Alexander captures the spirit of these two great men who so valiantly served their country and ultimately allowed their pride and ego to cause their demise.

Don Brown’s books include The Notorious Izzy Fink, The Train Jumper, Kid Blink Beats the World, Mack Made Movies and Across a Dark and Wild Sea. He lives on Long Island, New York.

Praise For Aaron and Alexander: The Most Famous Duel in American History…

“Brown's loose, minimally detailed watercolors convey the emotions that governed each man's personality, as well as the tumult of the nascent nation.” —Publisher's Weekly