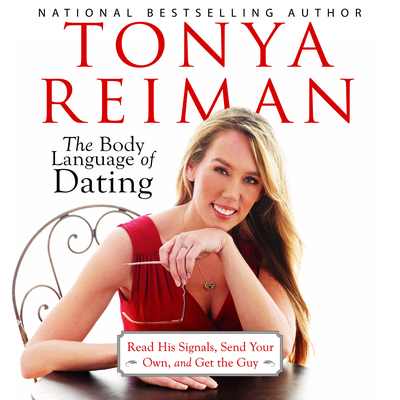 The Body Language of Dating

Read His Signals, Send Your Own, and Get the Guy

Attraction It's biological. It's physical. It's chemical. It's mental. But it doesn't end there. It's also: Detectable. Manageable. Maneuverable. In The Body Language of Dating, Tonya Reiman tackles the question of whether human attraction and seduction have changed over millions of years, drawing lines of flirting symmetry that span millennia, cultures, species, and continents. By looking at the evolutionary purpose of every part of the male and the female body, The Body Language of Dating chronicles the evolution of each major human bodily feature--why it is considered attractive or unattractive, good for longevity or detrimental to the gene pool, indicative of sexual success or failure. Reiman crumples the timeline that separates us from our ancient ancestors to ask, "what has never changed? What attracts opposite sexes to one another, why does it work, and how has it contributed to the longevity of our species?" The Body Language of Dating provides the tools needed for success in today's dating scenarios, offering practical tactics for seduction, conversation, connection, and enduring romance.

Tonya Reiman is a body language expert who appears weekly on Fox News Channel's The O'Reilly Factor. A motivational speaker, consultant, and corporate trainer, she has also appeared on Access Hollywood, Extra, Your Morning, Fast Money, New Morning, and several other television shows. In addition, she has been heard on ESPN radio and has contributed to national publications including The New York Times, The Wall Street Journal, Cosmopolitan, Time, Positive Thinking, and New York Newsday. She lives in Long Island with her husband and three children.
Loading...
or support indie stores by buying on