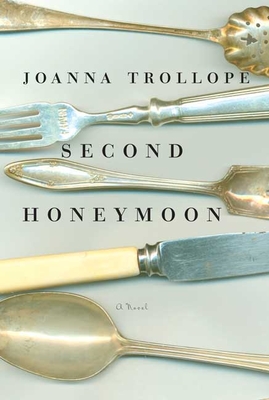 Joanna Trollope's most heartfelt and enthralling novel in years, Second Honeymoon explores what happens when the empty nest is suddenly full again.

Ben Boyd is leaving home. At twenty-two, he's the youngest of the family and the last to leave. His mother Edie, an actress, is distraught. His father Russell, a theatrical agent, is hoping to get his wife back after decades of family life. Ben's brother, Matthew, is wrestling with a relationship in which he earns less than his successful girlfriend. Their sister Rosa is wrestling with debt, and the end of a turbulent love affair. Living on your own, it seems, may not be as glamorous as it's cracked up to be. Rosa is the first of the Boyd children to think she may have to move back in with her parents--just until she can make ends meet again. This is the empty nest, twenty-first-century style--with grown children coming and going just as parents are getting ready for their second honeymoon. With characteristic grace and humor, Trollope weaves multiple stories of two generations struggling with love, careers, and parenthood into a riveting family drama.

Joanna Trollope, the nationally bestselling author of sixteen other books, including Brother & Sister, Marrying the Mistress, and The Rector's Wife, lives in Gloucestershire, England.
Loading...
or
Not Currently Available for Direct Purchase