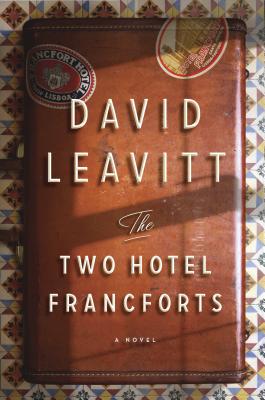 “Lisbon in the summer of 1940 is crowded with refugees fleeing the Nazi invasion. Two couples meet in a cafe, each having reluctantly abandoned France and their carefully crafted expat lives. While awaiting the SS Manhattan, which will transport them, the lucky ones with U.S. passports, back to America, they become unlikely fast friends. Alarmingly, soon after, a scheme that pits three against one results in tragedy. Sexually charged and full of intrigue, this novel is a masterful study of the secrets and desires that bring people together and then hold them like prisoners.”
— Cathy Langer, Tattered Cover Book Store, Denver, CO
View the List

It is the summer of 1940, and Lisbon, Portugal, is the only neutral port left in Europe-a city filled with spies, crowned heads, and refugees of every nationality, tipping back absinthe to while away the time until their escape. Awaiting safe passage to New York on the SS Manhattan, two couples meet: Pete and Julia Winters, expatriate Americans fleeing their sedate life in Paris; and Edward and Iris Freleng, sophisticated, independently wealthy, bohemian, and beset by the social and sexual anxieties of their class. As Portugal's neutrality, and the world's future, hang in the balance, the hidden threads in the lives of these four characters-Julia's status as a Jew, Pete and Edward's improbable affair, Iris's increasingly desperate efforts to save her tenuous marriage-begin to come loose. This journey will change their lives irrevocably, as Europe sinks into war.


Praise For The Two Hotel Francforts: A Novel…

“Set in the summer of 1940, The Two Hotel Francforts, David Leavitt's lean, stylish novel, unfurls like a classic Hollywood film, crackling with intrigue and illicit romance...[Leavitt] employs coolly elegant prose to evoke the era's glamour and dread... He transports the reader to a wayward world racked by historic upheavel and intimate demons.” —O, the Oprah Magazine

“An intriguing tale of love and secrets…The Two Hotel Francforts cuts in two directions at once: It's a refugee story with something of the atmosphere of an Alan Furst novel, and at the same time it's the story of a brief but intense gay love affair… Leavitt handles complicated material with proficient craft.” —Buffalo News

“Readers who crave... secrets and ambiguities in their fiction will be sated by David Leavitt's deft historical novel, The Two Hotel Francforts.” —Wall Street Journal

“Leavitt is superb at comedy of manners, his dialogue is witty and tight and his characters constantly reveal themselves while trying to keep their true feelings hidden... Leavitt has never been in greater command of his talents... In is best work yet, Leavitt is a smart, literate American novelist in the British tradition of Iris Murdoch and E. M. Forster.” —Shelf Awareness

“This is a brittle tale told with effortless ease.” —Bookpage

“Leavitt writes beautifully and fluently, his scenes studded with precise detail... Prove[s] Leavitt as much a master of clarity as he is of confusion.” —Gay City News

“Brings to mind the classic film Casablanca... Told from different perspectives, this multilayered tale intrigues with its twists and turns of plot and viewpoint. Leavitt's graceful depiction of same-sex romance will have universal appeal. Highly recommended.” —Library Journal

“We can always count on David Leavitt to bring buried desires to the surface and give the uncertainties of an era startling clarity in his fiction. Here in his glorious new novel, with his characters on the run from war and suspended in a precarious state of exile, he traces their efforts to create meaningful lives amidst the turmoil surrounding them. The result is a book that is artful, gripping, delicate, and fierce.” —Joanna Scott, Pulitzer Prize finalist and author of FOLLOW ME