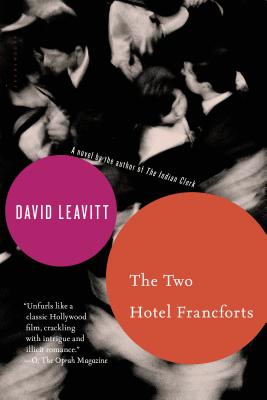 “Lisbon in the summer of 1940 is crowded with refugees fleeing the Nazi invasion. Two couples meet in a cafe, each having reluctantly abandoned France and their carefully crafted expat lives. While awaiting the SS Manhattan, which will transport them, the lucky ones with U.S. passports, back to America, they become unlikely fast friends. Alarmingly, soon after, a scheme that pits three against one results in tragedy. Sexually charged and full of intrigue, this novel is a masterful study of the secrets and desires that bring people together and then hold them like prisoners.”
— Cathy Langer, Tattered Cover Book Store, Denver, CO
View the List

It is the summer of 1940, and Lisbon, Portugal, is the only neutral port left in Europe-a city filled with spies, crowned heads, and refugees of every nationality, tipping back absinthe to while away the time until their escape. Awaiting safe passage to New York on the SS Manhattan, two couples meet: Pete and Julia Winters, expatriate Americans fleeing their sedate life in Paris; and Edward and Iris Freleng, sophisticated, independently wealthy, bohemian, and beset by the social and sexual anxieties of their class. As Portugal's neutrality, and the world's future, hang in the balance, the hidden threads in the lives of these four characters-Julia's status as a Jew, Pete and Edward's improbable affair, Iris's increasingly desperate efforts to save her tenuous marriage-begin to come loose.


Praise For The Two Hotel Francforts: A Novel…

“We can always count on David Leavitt to bring buried desires to the surface and give the uncertainties of an era startling clarity in his fiction. Here in his glorious new novel, with his characters on the run from war and suspended in a precarious state of exile, he traces their efforts to create meaningful lives amidst the turmoil surrounding them. The result is a book that is artful, gripping, delicate, and fierce.” —Joanna Scott, Pulitzer Prize finalist and author of Follow Me