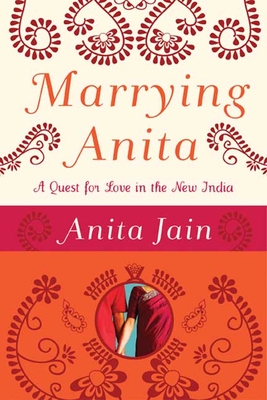 A Quest for Love in the New India

Is arranged marriage any worse than Craigslist? One smart and feisty woman's year in India looking for a husband the old-fashioned way reveals a rapidly changing culture and a whole host of ideas about the best way to find a mate.

Anita Jain was fed up with the New York singles scene. After three years of frustration and awkward dates, and under constant pressure from her Indian parents to find someone, she started to wonder: was looking for a husband in a bar any less barbaric than traditional arranged marriage? After all this effort, there had to be something easier. After announcing in a much-discussed New York magazine article her intention to try arranged marriage, Jain moves back to India--the impoverished, backward land her parents fled--to find a husband. At age thirty-two, and well past the cultural deadline for starting a family, Jain subjects herself to a whole new onslaught of expectations. Marrying Anita is an account of romantic chance encounters, nosy relatives, and dozens of potential husbands. Will she find a suitable man? Will he please her parents, aunts, uncles, and cousins? Is the new urban Indian culture in which she's searching really all that different from America? With disarming candor, Jain tells her own romantic story even as it unfolds before her, and in the process sheds new light on a country modernizing at breakneck speed. Marrying Anita is a refreshingly honest look at our own desires and the modern search for the perfect mate.

Praise For Marrying Anita: A Quest for Love in the New India…

“In 2005, Jain announced in a New York magazine article that she was tired of American dating and would consider an arranged marriage, an Indian tradition she had always resisted. Only mildly piqued by her parents' endearing obsession with brokering a shaadi, she had ribbed her father for writing her profiles on Indian matchmaking Web sites. In a radical return to tradition, she decides to move to her native India in search of a husband. Pondering the foibles of American dating strengthens her resolve to embrace life in Delhi, even as she adjusts to its new cosmopolitan energy and Western attitudes. Jain struggles to negotiate the security of tradition with the allure of modernity. She is flummoxed by the caste system as well as the stigmas attached to single women. Torn between ‘old-world’ suitors and the confident, latter-day Indian male, she concedes, ‘Dating in Delhi is no less complicated, perplexing and ego-deflating than in New York.’ Even the ad her father places in the Times of India matrimonial pages (‘thirty-three years old, Harvard graduate . . . looking for broad-minded groom’) fails to arouse much interest. With her world-weary yet earnest voice that finds humor in humiliation, Jain is sure to delight readers.”—Publishers Weekly

“In a charmingly wry voice, [Jain] deftly interweaves the stories of friends, relatives and suitors, each tale illuminating another twist of the labyrinthine path to happiness offered by life in a subcontinent saturated by both tradition and technology...Jain’s assured, insouciant intellectualism is as engaging to the reader as it is problematic in her search for a mate...A sparkling, enjoyable look at how globalization affects love.”  —Kirkus

“Written in a literary yet compulsively readable voice and with remarkably fresh and merciless analyses of dating trends in both New York City and the curiously liberated “New India” social climate of Delhi.  Believe it or not, there are new things to be said about love and friendship, and Jain covers them.”   —Library Journal

Anita Jain has worked as a journalist in a number of cities, including Mexico City, London, Singapore, New York, and New Delhi, where she currently lives. Her work has appeared in New York magazine, the Wall Street Journal, Financial Times, and Travel & Leisure. She graduated from Harvard University and grew up in northern California.
Loading...
or
Not Currently Available for Direct Purchase