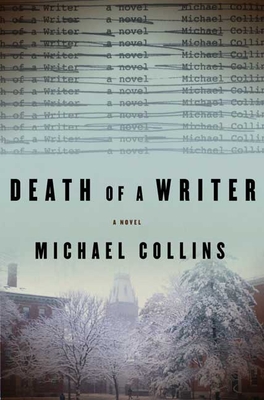 Death of a Writer

For Robert Pendleton, a professor clinging to tenure and living in the shambles of his once-bright literary career, death seems to be the only remaining option. But his suicide attempt fails, halted at the last moment by the intervention of Adi Wiltshire, a graduate student battling her own demons of failure and thwarted ambition. During Pendleton's long convalescence, Adi discovers a novel hidden in his basement: a brilliant, semi-autobiographical story with a gruesome child-murder at its core.
The publication of "Scream" causes a storm of publicity: a whirlwind into which Adi, Horowitz and the still-incapacitated Pendleton are thrust. The novel is treated as an existential masterpiece and looks set to bring its author the success he's always sought when, ironically, he is no longer in a condition to appreciate it until questions begin to be asked about its content: in particular about the uncanny resemblance between Pendleton's fictional crime and a real-life, unresolved local murder. Enter Jon Ryder, a world-weary detective who could have walked off the pages of a police thriller, and the hunt for the murderer is on.


Praise For Death of a Writer…


"A darkly comic tale that skewers the insular, self-important worlds of both academia and publishing. A-" ."--Entertainment Weekly


"The suspense makes this a page-turner until the climax, as Collins's plot combines academic satire, philosophical speculation and tragedy."--Kirkus Reviews

Michael Collins is the author of six novels and two collections of short stories. His work has garnered numerous awards, including a Pushcart Award for Best American Short Stories and The Kerry Ingredients Irish Novel of the Year. His novel The Keepers of Truth was short listed for the Booker Prize and the IMPAC Award. Collins is also an extreme athlete and is currently training for The North Pole Marathon in 2006. He lives in Seattle.
Loading...
or
Not Currently Available for Direct Purchase