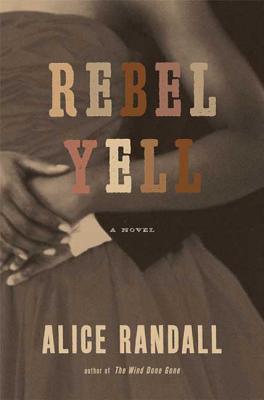 Abel Jones Jr., a civil rights lawyer's son turned black Washington neo-con, has met an unlikely end: collapsing at the Rebel Yell dinner theater, surrounded by actors in Confederate regalia, with his white second wife at his side. Hope Jones Blackshear, Abel's first wife and mother of his only son, is left confounded by the turn his life took in his later years.


Sharing a drink after the funeral with Abel's old friend Nicholas Gordon, Hope lets herself reminisce about first meeting Abel at Harvard, and their early married days as a foreign service couple in Manila and Martinique. But her own version of history is altered by that of Nicholas, a dandified Brit who seems to know more than he lets on. To fully understand the story of Abel Jones, for her own sake and that of their teenage son, Hope journeys from Nashville to Rome, seeking the connection between the Abel she loved, a child of Southern terror in the sixties, and the Abel who became a White House watchdog of global terror, driven to measures Hope could never have imagined.


The work of one of our gutsiest writers, Rebel Yell is a novel of resilient love, political intrigue, and family secrets, steeped in our country's racial history and framing our unique political moment.


Praise For Rebel Yell: A Novel…

“Randall moves masterfully between past and present and between Nashville, Washington, D.C., Manila, and Rome to present an intriguing portrait of a young black couple struggling with racial identity and expectations…Randall demonstrates, with delicious imagery and a sense of racial irony, a love for history's forgotten and overlooked.” —Booklist

“Alice Randall's Rebel Yell addresses race, class, backroom politics, and family intrigue through the intellectual yet heart-smart lens of Harvard-educated African American Hope Jones Blackshear. Traveling between her native Nashville and Rome, Blackshear faces down facts and fictions of her own past that parallel the tumult of Americas first postmillenial decade.” —Elle

Alice Randall was born in Detroit, grew up in Washington, D.C., and graduated from Harvard College. She is the author of The Wind Done Gone and Pushkin and the Queen of Spades, and her writing has appeared in the Los Angeles Times, Elle, and O, the Oprah Magazine. Also an accomplished songwriter, Randall is the only African-American woman ever to write a number-one country song. She lives in Nashville, Tennessee, where she is Writer-in-Residence at Vanderbilt University.