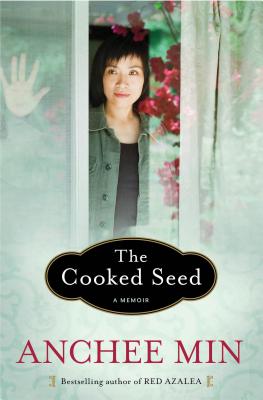 In 1994, Anchee Min made her literary debut with a memoir of growing up in China during the violent trauma of the Cultural Revolution. Red Azalea became an international bestseller and propelled her career as a successful, critically acclaimed author. Twenty years later, Min returns to the story of her own life to give us the next chapter, an immigrant story that takes her from the shocking deprivations of her homeland to the sudden bounty of the promised land of America, without language, money, or a clear path.

It is a hard and lonely road. She teaches herself English by watching Sesame Street, keeps herself afloat working five jobs at once, lives in unheated rooms, suffers rape, collapses from exhaustion, marries poorly and divorces.But she also gives birth to her daughter, Lauryann, who will inspire her and finally root her in her new country. Min's eventual successes-her writing career, a daughter at Stanford, a second husband she loves-are remarkable, but it is her struggle throughout toward genuine selfhood that elevates this dramatic, classic immigrant story to something powerfully universal.

Anchee Min was born in Shanghai in 1957. At seventeen she was sent to a labor collective, where a talent scout for Madame Mao's Shanghai Film Studio recruited her to work as a movie actress. She moved to the United States in 1984. Her first memoir, Red Azalea, was an international bestseller, published in twenty countries. She has since published six novels, most recently Pearl of China.

Praise For The Cooked Seed: A Memoir…

“Her memoir methodically reconstructs those painstaking first years in Chicago, living on a pittance, scrounging for work, amazed at what she considered luxurious dorm living, and guilt-ridden at her inability to rescue her family back home. Along the way, she offers candid observations on American naiveté, casual waste, and lack of Chinese stick-to-itness, yet writes poignantly of being treated with decency and warmth, inspiring her to work harder. Watching Mister Rogers' Neighborhood and reading Jane Eyre helped pave her yellow brick road to literary success, as she delineates captivatingly in this work.” —Publishers Weekly, starred review

“[Min] writes, as always, with singeing candor and devastating precision...Min's indomitable and magnificent memoir spans the full spectrum of the human experience, elucidates her noble mission as a writer, and portrays a woman of formidable strength and conviction.” —Booklist, starred review

“A landmark memoir gets a moving sequel.” —Elle