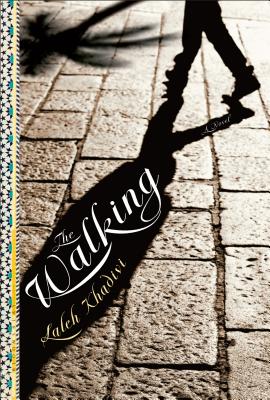 Two brothers from a small Iranian mountain village-Saladin, who has always dreamed of leaving, and Ali, who has never given it a thought-are forced to flee for their lives in the aftermath of a political killing. The journey is beset by trouble from the start, but over the treacherous mountains they go, on foot to Istanbul and onward by freighter to the Azores.There, after a painful parting, Saladin alone continues on the final leg, on a cargo plane all the way to Los Angeles. He will have a new life in California, but will never be whole again without his beloved brother and the living heritage that has always defined him.

The Walking is the second novel in a trilogy about Khadivi's homeland of Iran, a country poised between the ancient and the modern and tossed by political winds that have buffeted the entire globe. Here, Khadivi tells the story of exodus from homeland, an experience that hundreds of thousands of Iranians underwent, and which millions of others, from different places around the world, have also experienced. In the story of two brothers, Khadivi brilliantly explores the tension alive in all immigrants, between the love and attachment to the place they must leave, and the hopes and dreams that lie in the places they are headed.

Laleh Khadivi was born in Esfahan Iran in 1977. In the aftermath of the Islamic Revolution her family fled, first to Belgium and Puerto Rico, finally settling in Canada and the United States. Khadivi received her MFA from Mills College and was a Creative Writing Fellow in Fiction at Emory University. She now lives in San Francisco.This is her second novel.
or
Not Currently Available for Direct Purchase
Copyright © 2020 American Booksellers Association