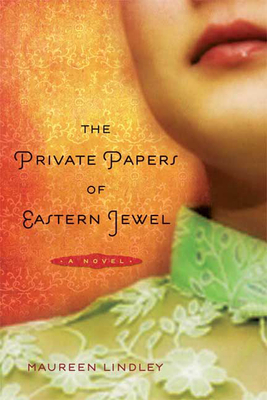 The Private Papers of Eastern Jewel

“Based on a true story, this novel illustrates the life of Eastern Jewel, a Chinese princess, Japanese spy, and adventuress, as she struggles to maintain her independent ways and avoid a life as a subservient wife, the norm for women of wealth in the early 1900s in Asia. Wildly entertaining.”
— Karrie Miner, Saturn Booksellers, Gaylord, MI
View the List

An electrifying epic, based on the incredible true story of a Chinese princess turned spy.
Peking, 1914. When the eight-year-old princess Eastern Jewel is caught spying on her father's liaison with a servant girl, she is banished from the palace, sent to live with a powerful family in Japan. Renamed Yoshiko Kawashima, she quickly falls in love with her adoptive country, where she earns a scandalous reputation, taking fencing lessons, smoking opium, and entertaining numerous lovers. Sent to Mongolia to become an obedient wife, Yoshiko mounts a daring escape and eventually finds her way back to Peking high society this time with orders from the Japanese secret service.

Based on the true story of a rebellious woman who earned a controversial place in history, "The Private Papers of Eastern Jewel "is a vibrant reimagining of a thrilling life a rich historical epic of palace intrigue, sexual manipulation, and international espionage.


Praise For The Private Papers of Eastern Jewel…

"An engrossing debut... This lush, challenging portrait of a woman who dared to make her own choices—bad though they were—in terrible, oppressive times also makes a steamy historical beach read." —Publishers Weekly "Intriguing... Elevates a fascinating bit player to the main stage by reimagining the twists and turns of her extraordinary life." —Booklist “Riveting—Maureen Lindley brings Eastern Jewel and her world vividly to life with a wealth of fascinating details in this captivating novel.”—Jung Chang, author of Wild Swans

“A breathtaking account of a ruthless and beautiful princess who betrays her heritage to spy for the Japanese.”—Adeline Yen Mah, bestselling  author of Falling Leaves

“An exotic story of sexual promiscuity, opium and opulence… A promising work.”—Mail on Sunday (UK)

Born in England and raised in Scotland, Maureen Lindley has worked as a photographer, antique dealer, and dress designer, and trained as a psychotherapist. She lives in the Wye valley on the Welsh borders with her husband and daughter. This is her first novel.
Loading...
or
Not Currently Available for Direct Purchase