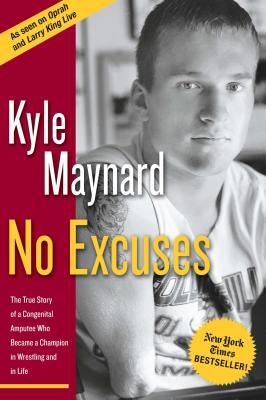 He was born a congenital amputee, his arms ending at his elbows and his legs at his knees. But that didn’t stop Kyle Maynard from becoming a champion, on the wrestling mat and in his life.

No Excuses is the inspiring story of Kyle’s battle against the odds. You’ll learn about the family who supported him, the coach who trained him, and the faith that strengthened him to face the toughest fights.