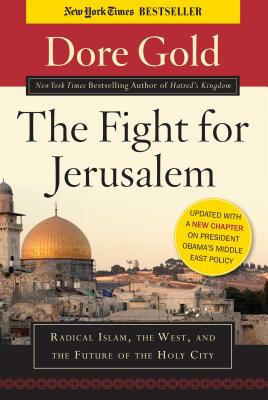 The Fight for Jerusalem

Radical Islam, the West, and the Future of the Holy City

In The Fight for Jerusalem, bestselling author and former Israeli ambassador to the United Nations Dore Gold explains why radical Islamists seek to divide and conquer Jerusalem and raze sites holy for Christians, Jews, and Muslims. With the United Nations untrustworthy and global jihad making waves, the city is a ticking time bomb. Gold shows why only Israel can preserve its sanctuaries for different religions and why uncovering Jerusalem's past and biblical truths prove crucial to saving it.

Dore Gold is an Israeli diplomat who has served in various positions under several Israeli governments. He is the current President of the Jerusalem Center for Public Affairs.
Loading...
or
Not Currently Available for Direct Purchase