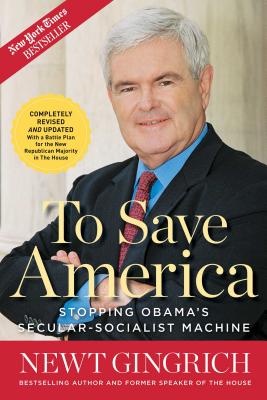 The message of this extraordinary election [in November 2010] is clear enough: the American citizenry has rejected the secular dogma, socialist policies, and machine–driven politics that comprise the Obama agenda. Now, the question is whether President Obama and his Democratic Party will accept the will of the people and change the destructive course upon which they have set this country.

. . . [F]irst and foremost, Republicans must fight to dislodge the secular–socialist machine whose methods and goals are described in this book. This machine has driven America so deeply into debt, and has so fundamentally changed the relationship between the American citizenry and our government, that our children’s future is now imperiled. We cannot assume that after the 2010 election, the machine will simply accept the will of the people. After all, the very purpose of a political machine is to thwart the will of the people.
—From the new introduction