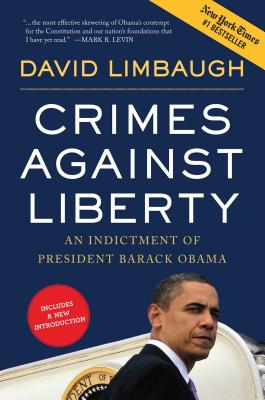 An Indictment of President Barack Obama

FROM THE NEW INTRODUCTION

Obama presents an image of a man wholly unfazed by the debt crisis. This leaves conservatives, and a growing number of independents, scratching their heads wondering how any president could so zealously obstruct the reforms necessary to save the nation. More and more Americans are wondering whether Obama is merely incompetent, or if he’s following some kind of Machiavellian scheme to deliberately damage the nation’s financial future.

. . . To assume Obama has the best interests of this nation at heart offers little comfort. For regardless of his ultimate motives, one thing is clear: he is pursuing an agenda that, unless reversed, will destroy the nation. The inescapable fact is that Obama is an incorrigible leftist ideologue who is unable to comprehend the glaring signs that his policies don’t work.

David Limbaugh is a lawyer, nationally syndicated columnist, political commentator, and the author of ten bestsellers, including Jesus on Trial, The Emmaus Code, The True Jesus, and Jesus is Risen. The brother of radio host Rush Limbaugh, he lives in Cape Girardeau, Missouri, with his wife and children. Follow him on Twitter: @DavidLimbaugh.
Loading...
or support indie stores by buying on