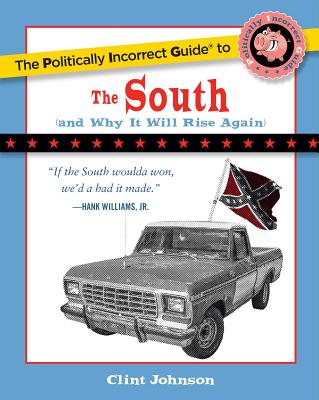 The Politically Incorrect Guide to The South

(And Why It Will Rise Again) (The Politically Incorrect Guides)

What the PC Police don't want you to know--and what they got plain wrong--about the South
From the Founding Fathers to the frontiersmen who tamed the West to the country music, NASCAR, Biblethumping heart of "Red State" America, the South is the quintessence of what's original, unique, and most loved about American culture. And with its emphasis on traditional values, family, faith, military service, good manners, small government, and independent-minded people, the South is just plain more livable than the North--which is one reason why millions of Yankees, white and black, have been moving down South in droves.

The Politically Incorrect Guide(tm) to the South gives you the facts behind scores of revelations like these:

· How Southerners led the way in drafting the Declaration of Independence, the U.S. Constitution, and the Bill of Rights

· How the Northern victory led to today's all-powerful federal government

· How American jazz, blues, and rock and roll all came from the South

· Why Southerners are overrepresented in the military--and no, it's not poverty

Clint Johnson is an author and military historian whose books include The Politically Incorrect Guide to the South, Bull's-Eyes and Misfires: 50 Obscure People Whose Efforts Shaped the American Civil War, and Colonial America and the American Revolution.
Loading...
or support indie stores by buying on