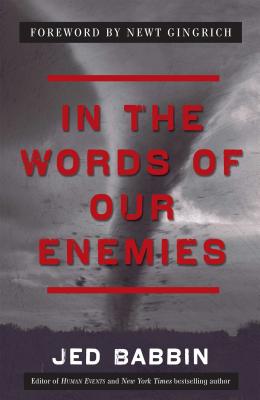 In the Words of Our Enemies

"Death to America!"
Years before September 11, our enemy warned us--and we weren't listening. We are being warned today--by enemies like Iran, North Korea, and radicals and terrorists across the globe--but we are still not listening.

Full of stunning detail, In the Words of Our Enemies reveals:

* How even so-called "friendly" countries, like Russia, are conspiring against us

Highlighting our enemies' own words, Jed Babbin gives you, the reader, an insider's intelligence report on the dangers we face. In the Words of Our Enemies gives you the knowledge you need to be forewarned and forearmed in defending America.