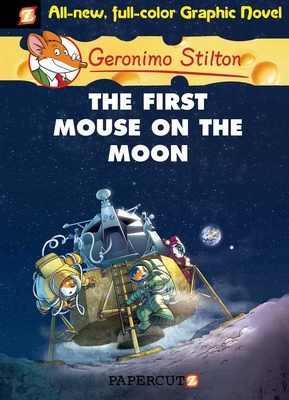 The First Mouse on the Moon

It's 1969, and the eyes of the whole world are focused on the moon, where the Apollo 11 mission is about to make one giant leap for mousekind. But the time-traveling Pirate Cats are on the scene and they want to sabotage this historic moment with their most audacious and harebrained plan ever. To stop them, Geronimo and his cousin Trap will have to get to the moon first. Fasten your seat belts: a rat-tastic space race is underway!