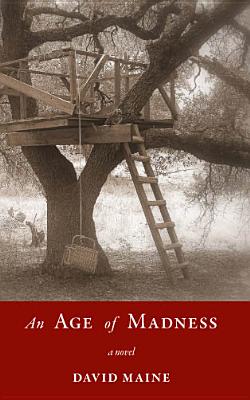 An Age of Madness (Paperback)

Dr. Regina Moss has built herself a successful career as a psychiatrist in Boston: she enjoys a lucrative private practice, hefty consultation fees, and a reputation that inspires colleagues and patients alike. Why then, is Regina haunted by her past? Why does her own daughter barely speak to her? What’s the story with her gruff, softhearted husband Walter—and why can’t Regina stop thinking about the lanky new tech on the ward? An Age of Madness peels back the layers of Regina’s psyche in a voice that is brash, bitter, and blackly humorous, laying bare her vulnerabilities while drawing the reader unnervingly close to this memorable heroine.
From the author of The Preservationist, which was hailed as “hilarious and illuminating” by The Los Angeles Times Book Review and “pithy and smart” by the New York Post, comes the latest turnabout in a career filled with unexpected surprises. An Age of Madness brings a sharp edge of psychological realism to a story filled with startling revelations and heartrending twists.

In addition to An Age of Madness, David Maine is the author of four novels: The Preservationist, Fallen, The Book of Samson, and Monster, 1959. His novels have been praised in such outlets as Time magazine, The New York Times, The Washington Post, The Christian Science Monitor, People magazine, and Entertainment Weekly, and translated into Spanish, Italian, German, Dutch, Norwegian, Greek, Japanese, and Russian. The Preservationist was nominated for the First Book Award by British newspaper The Guardian, and has been optioned for a film. July 2011 saw the release of his fantasy novel eBook, The Gamble of the Godless. From 1995-98, Maine lived and worked in Rabat, Morocco, before moving to Lahore, Pakistan, where he lived until 2008. Since returning to the US, he has relocated to Honolulu, where he has taught at the University of Phoenix, Hawaii Pacific University, and the University of Hawaii at Manoa.

Praise For An Age of Madness…

“Psychiatrist Regina Moss, the center of An Age of Madness, is a harsh and pessimistic healer whose own private terrors make her at once insightful and unforgiving. Like all good writers, David Maine is fascinated by the mysteries of character. The doctor’s halting journey toward understanding her role in what happened to her family is genuinely suspenseful: she is a formidable opponent, and the opponent is herself.”
—Jincy Willett, author of The Writing Class and Winner of the National Book Award

“In this haunting exploration of an American tragedy, David Maine peels away the boundaries of what can be known and what can be admitted. Intriguing and uplifting.”
—Stuart Archer Cohen, author of The Army of the Republic

“Before you begin David Maine’s searing novel An Age of Madness, turn off the phone, empty your bladder, and tell your loved ones you’ll be unreachable for a while. It’s that compelling. You won’t want any interruptions as you read this dark tale of one psychiatrist’s attempt at long-term denial.”
—Natalie Danford, author of Inheritance and editor of Best New American Voices