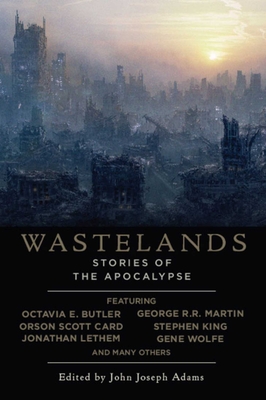 John Joseph Adams is the bestselling editor of many anthologies, such as Wastelands, The Living Dead (a World Fantasy Award finalist), and many others. Barnes & Noble.com named him “the reigning king of the anthology world,” and his books have been named to numerous best of the year lists. John is also the fiction editor of the online science fiction magazine Lightspeed. Prior to taking on that role, he worked for nearly nine years in the editorial department at The Magazine of Fantasy & Science Fiction. He is currently the co-host of The Geek’s Guide to the Galaxy podcast on io9.com, and has published hundreds of interviews and other pieces of non-fiction.
Loading...
or support indie stores by buying on