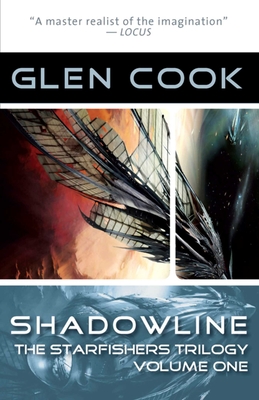 The Starfishers Trilogy: Volume One

The vendetta in space had started centuries before "Mouse" Storm was born with his grandfather's raid on the planet Prefactlas, the blood bath that freed the human slaves from their Sangaree masters. But one Sangaree survived - the young Norborn heir, the man who swore vengeance on the Storm family and their soldiers, in a carefully mapped plot that would take generations to fulfill. Now Mouse's father Gneaus must fight for an El Dorado of wealth on the burning half of the planet Blackworld. As the great private armies of all space clash on the narrow Shadowline that divides inferno from life-sheltering shade, Gneaus' half- brother Michael plays his traitorous games, and a man called Death pulls the deadly strings that threaten to entrap them all - as the Starfishers Trilogy begins.