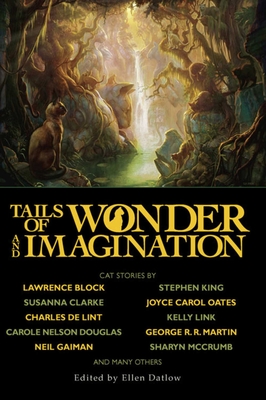 Tails of Wonder and Imagination (Paperback)

What is it about the cat that captivates the creative imagination? No other creature has inspired so many authors to take pen to page. Mystery, horror, science fiction, and fantasy stories have all been written about cats.

Ellen Datlow has been editing science fiction, fantasy, and horror short fiction for more than thirty years. She was the fiction editor of Omni magazine and Sci Fiction and has edited more than fifty anthologies. Datlow has also won lifetime achievement awards from three prominent genre organizations, and currently acquires short fiction for Tor.com.
or support indie stores by buying on
Copyright © 2020 American Booksellers Association