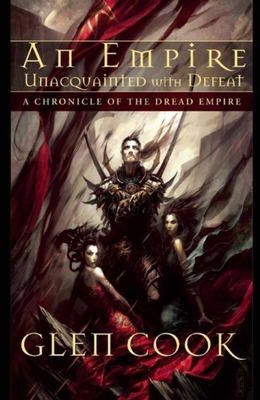 An Empire Unacquainted with Defeat

Glen Cook is the author of dozens of novels of fantasy and science fiction, including The Black Company series, The Garrett Files, and The Tyranny of the Night. Cook was born in 1944 in New York City. He attended the Clarion Writers’ Workshop in 1970, where he met his wife, Carol.
Loading...
or support indie stores by buying on
(This book is on backorder)