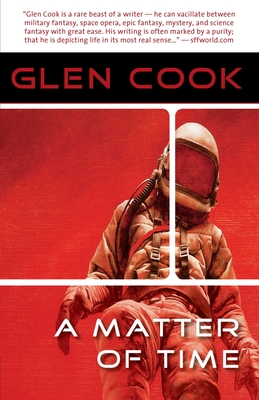 A Matter of Time

May 1975. St. Louis. In a snow-swept street, a cop finds the body of a man who died fifty years ago. It's still warm. July 1866, Lidice, Bohemia: A teenage girl calmly watches her parents die as another being takes control of her body. August 2058, Prague: Three political rebels flee in to the past, taking with them a terrible secret. As past, present, and future collide, one man holds the key to the puzzle. And if he doesn't fit it together, the world he knows will fall to pieces. It's just A Matter of Time!