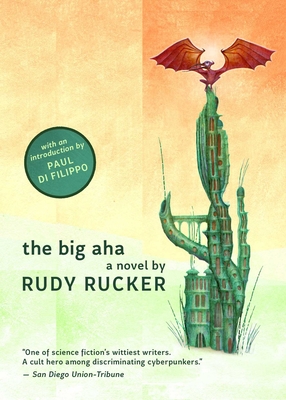 An artist in a wild biotech future confronts aliens from another dimension—and finds a new way to get high—in this rollicking, psychedelic SF novel from Rudy Rucker.

Biotechnology has replaced machines, and genetic modification is commonplace. At the forefront of this revolutionary change is artist Zad Plant, who works with living paint, lives in a talking home grown from plants, gets around on a giant roadspider, and has a sentient rat—complete with Kentucky accent—as a sidekick. Unfortunately for Zad, his career’s on the skids, and his wife Jane has thrown him out.

Enter qwet—quantum wetware—that changes Zad, making him cosmically high and giving him telepathy, and soon enough, a psychedelic revolution begins. Yet when mouths begin appearing in midair, eating people, Zad and Jane must travel through a wormhole to learn how to save their world. . . .