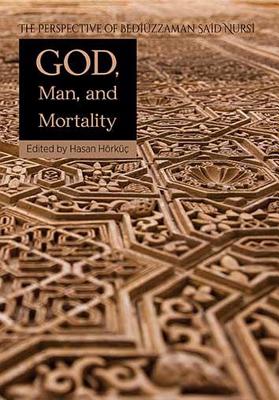 The Perspective of Bediuzzaman Said Nursi

God, Man, Mortality is a collection of essays written both by seasoned and by up and coming scholars working the field known as Nursi studies. The aim of these essays is to hold a mirror up to Nursi's teachings on a number of issues, just as Nursi held a mirror up to the teachings of the Qur'an. The scope is broad covering subjects such as Divine immanence and transcendence, human spirituality and man's role as Divine vicegerent. Divine determining and free will, and human conscience as evidence of the existence of God. The topics presented by the authors are unashamedly theocentric in nature: discussions on politics and legal theory are conspicuous by their absence. We benefit from the depth of awareness that the contributors clearly have of Nursi's teachings and his place in the Muslim academe, as well as from their lucid expository styles and strong authorial voices.

Hasan Horkuc is a Research Fellow in Islamic and comparative studies and is the director of Durham University Risale-i Nur Studies Program. He specializes in Nursian studies, the origins and development of Nursian exegesis. He has written and contributed to a number of papers among which the latest one is "Is Justice Binary? Absolute and Relative Justice in the Teachings of Said Nursi." His most recent publication is Said Nursi: Makers of Islamic Civilization by Oxford University Press.
or
Not Currently Available for Direct Purchase
Copyright © 2020 American Booksellers Association