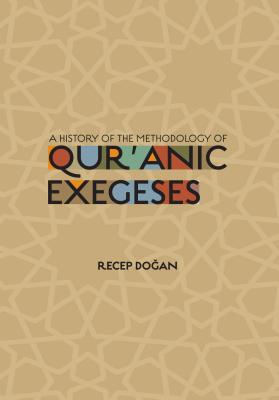 A History of the Methodology of Quranic Exegeses (Paperback)

The Qur an, the primary source of knowledge for all Muslims, contains universal principles. This Holy Book has been interpreted numerous times by scholars since its revelation. Despite being a single text, just 300 pages long, the rich content of the Qur an has afforded multiple types of exegesis, each of them different according to the capacity of the scholar, the conditions of the time, and the mentality behind the approach. Great linguists tried to interpret the Qur an by following the guidelines of Arabic grammar while Kalam scholars aimed to establish the sound pillars of Islamic theology with their Qur anic exegeses. Since the revelation of the Qur an, which took place over a period of twenty-three years, some scholars produced thematic Tafsir books to enable an easy comprehension of the Divine messages by laymen. In order to draw attention to the fact that Islam is not just set of rules or acts to perform, but a holistic religion which combines both the spirit and body, Sufi masters produced many Sufi Tafsir books. In the modern age, scholars have tried to interpret the Qur an pragmatically and in harmony with modern sciences. In this book, Do an aims to show the different approaches in Qur anic exegesis and elaborate each method with examples.