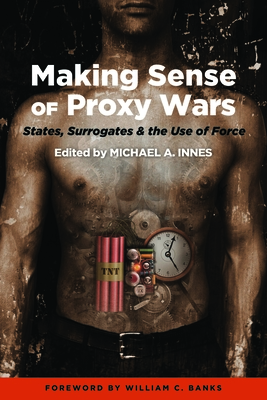 States, Surrogates & the Use of Force

Public debate over surrogate forces and proxy warfare has been largely dormant since the end of the Cold War. The conventional wisdom has been that with the end of the U.S.- Soviet rivalry, state sources of support for proxy guerrilla, insurgent, and terrorist organizations dried up, forcing them to look to criminal activity to survive and precipitating the growth of dangerously independent and well-resourced militants, mercenaries, and warlords. But in the few years since 2001, a wide range of issues raised to prominence by wars in Iraq, Afghanistan, and elsewhere suggest that armed proxies, and the forces that drive and shape their use, are part of a larger dynamic. From the legacies of the wars in the Balkans, Afghanistan, and Kashmir, to the growth of privatized security and military companies, and to increased reliance on intermediaries of all kinds, these surrogate forces bear further study.Making Sense of Proxy Wars is the first book to seriously challenge Cold War assumptions about terrorism and proxy warfare, offering an alternative view of armed surrogates—whether they are private armies, indigenous militias, or unwilling victims—as complex, selfinterested actors on the international stage.

Praise For Making Sense of Proxy Wars: States, Surrogates & the Use of Force…

"This volume contributes significantly to one of the more vexing aspects of the twenty-first-century global security landscape—that of the relationships between nonstate actors and nation-states. It challenges the received wisdoms of state-centric policy debate on ‘proxies’ by recognizing the autonomy of a wide range of commercial and political actors, and the diverse constraints and opportunities of their environments. Michael Innes and his colleagues have achieved a nuanced and productive analysis that provides important insights into the dynamic relationships of the global economy of violence."—Tim Stevens, associate, Centre for Science and Security Studies, King’s College London

MICHAEL A. INNES is a visiting research fellow in the School of Politics and International Studies (POLIS), University of Leeds, and a research and practice associate with the Institute for National Security and Counterterrorism (INSCT), Syracuse University. From 2003 to 2009, he was a civilian analyst and advisor with the North Atlantic Treaty Organization and served on missions in Bosnia- Herzegovina, Kosovo, and Afghanistan. He is the editor of two books, Denial of Sanctuary: Understanding Terrorist Safe Havens (Praegar, 2007) and Bosnian Security After Dayton: New Perspectives (Routledge, 2006). He lives in the United Kingdom.
Loading...
or support indie stores by buying on