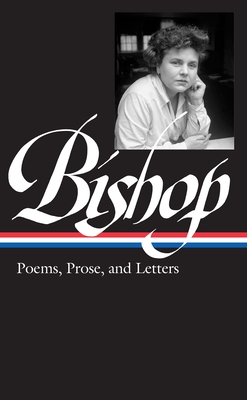 James Merrill described Elizabeth Bishop’s poems as “more wryly radiant, more touching, more unaffectedly intelligent than any written in our lifetime” and called her “our greatest national treasure.” Robert Lowell said, “I enjoy her poems more than anybody else’s.” Long before a wider public was aware of Bishop’s work, her fellow poets expressed astonished admiration of her formal rigor, fiercely observant eye, emotional intimacy, and sometimes eccentric flights of imagination. Today she is recognized as one of America’s great poets of the twentieth century.

This unprecedented collection offers a full-scale presentation of a writer of startling originality, at once passionate and reticent, adventurous and perfectionist. It presents all the poetry that Elizabeth Bishop published in her lifetime, in such classic volumes as North & South, A Cold Spring, Questions of Travel, and Geography III. In addition it contains an extensive selection of unpublished poems and drafts of poems (several not previously collected), as well as all her published poetic translations, ranging from a chorus from Aristophanes’ The Birds to versions of Brazilian sambas.

Poems, Prose, and Letters also brings together most of her published prose writings, including stories; reminiscences; travel writing about the places (Nova Scotia, Florida, Brazil) that so profoundly marked her poetry; and literary essays and statements, including a number of pieces published here for the first time. The book is rounded out with a selection of Bishop’s irresistibly engaging and self-revelatory letters. Of the fifty-three letters included here, written between 1933 and 1979, a considerable number are printed for the first time, and all are presented in their entirety. Their recipients include Robert Lowell, Marianne Moore, Randall Jarrell, Anne Stevenson, May Swenson, and Carlos Drummond de Andrade.

Robert Giroux, volume co-editor, was chairman of the editorial board of Farrar, Straus and Giroux and Elizabeth Bishop’s longtime editor. He edited her Collected Prose (1984) and One Art (1994), her selected letters.

Lloyd Schwartz, co-editor, is Frederick S. Troy Professor of English at the University of Massachusetts, Boston, classical music editor of The Boston Phoenix, and a regular reviewer for NPR’s Fresh Air. In 1994 he was awarded the Pulitzer Prize for Criticism. His most recent poetry collection is Cairo Traffic.
or support indie stores by buying on
(This book is on backorder)