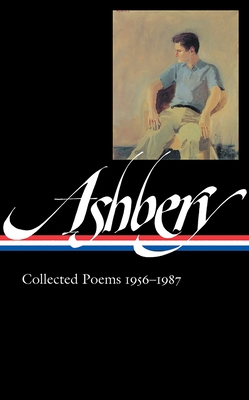 With this volume, published in 2008, John Ashbery became the first living poet to have his work collected in the Library of America series. Beginning with Some Trees in 1956, John Ashbery charted a profoundly original and individual course that has opened up pathways for subsequent generations of poets. At once hermetic and exuberantly curious, meditative and unnervingly funny, dreamlike and steeped in everyday realities, and alive to every nuance of American speech, these are poems that constantly discover new worlds within language. This first volume of the collected Ashbery includes the complete texts of his first twelve books, including such groundbreaking collections as Rivers and Mountains, Three Poems, Self-Portrait in a Convex Mirror (which won the Pulitzer Prize, the National Book Award, and the National Book Critics Circle Award in 1975), and Houseboat Days. It also features an unprecedented gathering of more than sixty previously uncollected poems written over a period of four decades, a rare treasure trove for poetry lovers. This volume is a landmark portrait of a modern master.

Mark Ford, editor, is the author of three acclaimed collections of poetry, Landlocked, Soft Sift, and Six Children; his Selected Poems was published in 2014. His book-length interview, John Ashbery in Conversation with Mark Ford, was published in 2003. His most recent book is Thomas Hardy: Half a Londoner (2016).
Loading...
or support indie stores by buying on