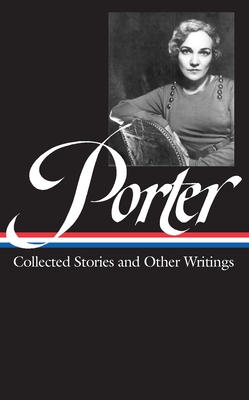 Collected Stories and Other Writings (LOA #186)

The Pulitzer Prize– and National Book Award–winning volume of writings from the author of Pale Horse, Pale Rider—now combined with little-known works of prose for the very first time

Eudora Welty said that Katherine Anne Porter “writes stories with a power that stamps them to their very last detail on the memory.” Set in her native Texas and her beloved Mexico, prewar Nazi Germany and the gothic Old South, they are stories of love, outrage, betrayal, and spiritual reckoning that are severe but never cruel, and always exquisitely precise. They number fewer than thirty, but as Robert Penn Warren commented, “many are unsurpassed in modern fiction.”

The Library of America now reprints the landmark 1965 volume, The Collected Stories of Katherine Anne Porter—which features tales like “Pale Horse, Pale Rider” and “Flowering Judas”—and pairs it with a completely new selection from Porter’s long-out-of-print short prose. Expanding the contents of her 1952 collection The Days Before to include both early journalism and major pieces from her final three decades, the prose works collected here are grouped in four parts: critical essays on writers she loved and learned from, including James, Cather, Lawrence, and Colette; personal essays and speeches on such topics as the craft of writing, her own work, women in myth and in history, and American politics; essays and reports on Mexican life, letters, and revolution; and two previously uncollected forays into autobiography.

In the 1920s and ’30s, Katherine Anne Porter emerged as a classicist among the moderns, a lapidary miniaturist whose every short story was greeted as a thing of timeless perfection. Edmund Wilson called her “a first-rate artist” who wrote “English of a purity and precision almost unique in contemporary American fiction.” Her mastery of theme and gift for characterization were hers alone among the storywriters; even her shortest works were imbued with a richness of design, incident, and experience seldom found outside long novels. Her ambition and her range of emotion and effect—from cold realism to measureless compassion, from the plainspoken to the lyrical—were unequaled in her time and have had few successors. She was, and is forever, an American original.

Darlene Harbour Unrue, volume editor, is a professor of English at the University of Nevada, Las Vegas, and the author, most recently, of Katherine Anne Porter: The Life of an Artist.
Loading...
or support indie stores by buying on