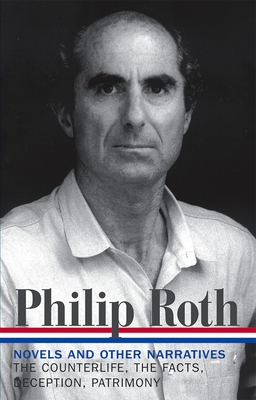 For the last half century, the novels of Philip Roth have re-energized American fiction and redefined its possibilities, leading the critic Harold Bloom to proclaim Roth ?our foremost novelist since Faulkner.? Roth?s comic genius, his imaginative daring, his courage in exploring uncomfortable truths, and his assault on political, cultural, and sexual orthodoxies have made him one of the essential writers of our time. By special arrangement with the author, The Library of America continues the definitive edition of Roth?s collected works.

This fifth volume of The Library of America?s definitive edition of Philip Roth?s collected works presents four books that exemplify the description of Roth, proposed by British novelist Anthony Burgess, as a writer ?who never steps twice into the same river.? The Counterlife (1986) is a novel told from conflicting perspectives about people enacting drastic dreams of renewal and escape. The Facts (1988)?the first of the ?Roth Books??is a novelist?s autobiography in which the author presents his own battles defictionalized and unadorned. In the second Roth book, Deception (1990), a married American named Philip, living in London, and the married Englishwoman who is his mistress meet sporadically in a secret trysting place where the woman eloquently reveals herself to her lover as they talk before and after making love. In the third Roth book, Patrimony (1991), the author watches as his 86-year-old father, Herman Roth, battles a fatal brain tumor.

Philip Roth, acclaimed author of Portnoy's Complaint, The Human Stain and many other works of fiction, is the recipient of numerous awards, including the National Medal of Arts from the White House.