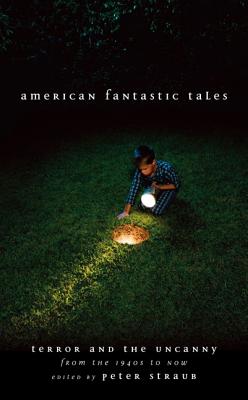 The second volume of Peter Straub’s pathbreaking two-volume anthology American Fantastic Tales picks up the story in 1940 and provides persuasive evidence that the decades since then have seen an extraordinary flowering. While continuing to explore the classic themes of horror and fantasy, successive generations of writers—including Shirley Jackson, Ray Bradbury, Charles Beaumont, Stephen King, Steven Millhauser, and Thomas Ligotti—have opened up the field to new subjects, new styles, and daringly fresh expansions of the genre’s emotional and philosophical underpinnings. For many of these writers, the fantastic is simply the best available tool for describing the dislocations and newly hatched terrors of the modern era, from the nightmarish post-apocalyptic savagery of Harlan Ellison’s “I Have No Mouth, and I Must Scream” to proliferating identities set deliriously adrift in Tim Powers’ “Pat Moore.”

“At its core,” writes editor Peter Straub, “the fantastic is a way of seeing.” In place of gothic trappings, the post-war masters of the fantastic often substitute an air of apparent normality. The surfaces of American life—department store displays in John Collier’s “Evening Primrose,” tar-paper roofs seen from an el train in Fritz Leiber’s “Smoke Ghost,” the balcony of a dilapidated movie theater in Tennessee Williams’ “The Mysteries of the Joy Rio”—become invested with haunting presences. The sphere of family life is transformed, in Davis Grubb’s “Where the Woodbine Twineth” or Richard Matheson’s “Prey,” into an arena of eerie menace. Dramas of madness, malevolent temptation, and vampiristic appropriation play themselves out against the backdrop of modern urban life in John Cheever’s “Torch Song” and Shirley Jackson’s unforgettable “The Daemon Lover.”

Nearly half the stories collected in this volume were published in the last two decades, including work by Michael Chabon, M. Rickert, Brian Evenson, Kelly Link, and Benjamin Percy: writers for whom traditional genre boundaries have ceased to exist, and who have brought the fantastic into the mainstream of contemporary writing.

The forty-two stories in this second volume of American Fantastic Tales provide an irresistible journey into the phantasmagoric underside of the American imagination.