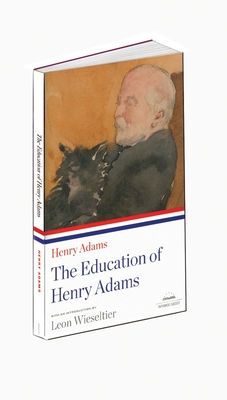 The Education of Henry Adams

Henry Adams was one of the most powerful and original minds to confront the American scene from the Civil War to World War I. Though a man of the modern world, Adams remained in temperament a child of the 18th century, his political ideals shaped by his presidential ancestors, great-grandfather John Adams and grandfather John Quincy Adams. The Education of Henry Adams is both a brilliant memoir and a profound meditation on the extraordinary developments in science, politics, religion, and society that so transformed the world as he knew it.

For almost thirty years, The Library of America has presented America's best and most significant writing in acclaimed hardcover editions. Now, a new series, Library of America Paperback Classics, offers attractive and affordable books that bring The Library of America's authoritative texts within easy reach of every reader. Each book features an introductory essay by one of a leading writer, as well as a detailed chronology of the author's life and career, an essay on the choice and history of the text, and notes.