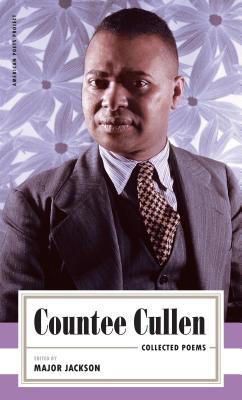 In his early twenties, Countee Cullen emerged as a central figure in the tumultuous, defiant, intensely creative cultural movement now known as the Harlem Renaissance. Here is the most comprehensive collection of Cullen’s poetry ever assembled. It begins with his astonishing first book, Color (1925)—a debut that made him “fa­mous, like Byron, overnight” (as H. L. Mencken put it). Cullen’s intricate, deceptively simple lyrics shocked some early readers with their frank ex­plorations of racial, sexual, and religious themes. They have since become touchstones of the Afri­can American poetic tradition.

The collection follows the evolution of Cul­len’s prodigious talents through Copper Sun (1927), The Ballad of the Brown Girl (1927), The Black Christ & Other Poems (1929), and The Medea and Some Poems (1935)—reprinted for the first time with the illustrations from the original editions. Also in­cluded are playful verses from his children’s book The Lost Zoo (1940); haunting late poems he in­tended to add to On These I Stand (1947) before his death; and dozens of uncollected poems, some never before published, which reveal an intense engagement with the politics of civil rights. To­gether, they afford an unprecedented occasion to revisit a dazzling and distinctive poetic voice.

Major Jackson is the author of three volumes of poetry: Holding Company, Hoops, and Leaving Saturn, and a recipient of a Pushcart Prize, a Whiting Writers’ Award, and a Pew Fellowship in the Arts. He is the Richard Dennis Green and Gold Professor at the University of Vermont, and the poetry editor of the Harvard Review.
Loading...
or support indie stores by buying on