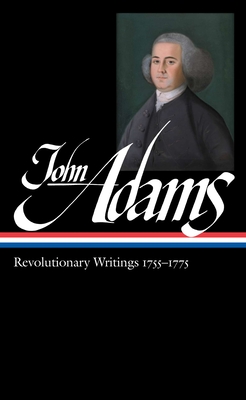 Propelled by the power of his pen and the clarity of his judgment, an ambitious young provincial lawyer named John Adams became a major figure in the American Revolution. This first of two volumes gathering his essential writings to 1783 includes the complete newspaper exchange between "Novanglus" (Adams) and "Massachusettensis" (Loyalist Daniel Leonard), as well as extensive diary excerpts and characteristically frank personal letters-many to his "dearest friend" Abigail-that convey the excitement and danger of the mounting crisis with Britain, from the Stamp Act riots of 1765, to the Boston Massacre and Tea Party, to the First Continental Congress, where Adams became a leader of the patriot cause. A companion volume carries the story forward to the Pace Treaty of 1783.

John Adams (1735-1826), educated as a lawyer at Harvard, was the Massachusetts delegate to the First and Second Continental Congresses. During the Revolutionary War, he served abroad in diplomatic roles and helped negotiate the peace treaty. After serving as Vice President for two terms under George Washington, he was subsequently elected President.
Loading...
or support indie stores by buying on
(This book is on backorder)