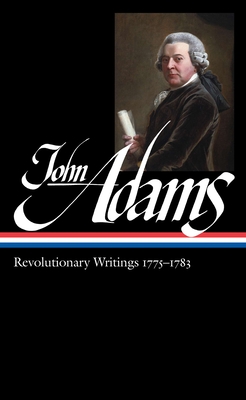 This second of two volumes gathering the essential writings of one of the towering figures of the American Revolution traces John Adams's career from his leading role in the debate over independence (he was "our Colossus on the floor," remembered Thomas Jefferson), to his tireless efforts to establish the fledgling government of the United States and supply its army in the field, to his crucial diplomatic service in Europe, where he was hailed as "the George Washington of negotiation." It includes the highly influential pamphlet Thoughts on Government (1776); the "Report of a Constitution for Massachusetts," (1780) Adams's blueprint for what remains the world's oldest working political charter, and dozens of his characteristically frank and revealing personal letters, many to his "dearest friend" Abigail, extensive diary excerpts, and selected passages from his unfinished autobiography recalling his life during this period. A companion volume collects writing from 1755 to 1775.

John Adams (1735-1826), educated as a lawyer at Harvard, was the Massachusetts delegate to the First and Second Continental Congresses. During the Revolutionary War, he served abroad in diplomatic roles and helped negotiate the peace treaty. After serving as Vice President for two terms under George Washington, he was subsequently elected President.
Loading...
or support indie stores by buying on
(This book is on backorder)