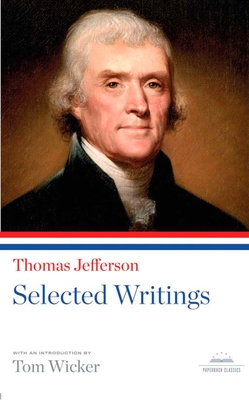 Thomas Jefferson defined, at the moment of our nation’s birth, the issues that still direct our political life. Displaying his extraordinary variety of interests and powerful and precise style, Jefferson’s writings are an invaluable and incisive record of the landscape, inhabitants, life, and daily customs of America in the Revolutionary and early national eras, as well as a testimony to the brilliance of one of the most influential and controversial figures in our nation’s history.

Thomas Jefferson (1743-1824) was the drafter of the Declaration of Independence and the third president of the United States.

Tom Wicker is a former political reporter and columnist for The New York Times and the author of several books, among them the Edgar Award–winning A Time to Die: The Attica Prison Revolt (1975) and Shooting Star: The Brief Arc of Joe McCarthy (2006).
Loading...
or
Not Currently Available for Direct Purchase