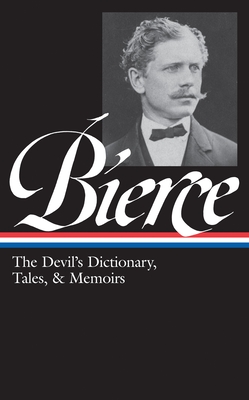 A veteran of some of the bloodiest battles of the Civil War, Ambrose Bierce went on to become one of the darkest and most death haunted of American writers, the blackest of black humorists. This volume gathers the most celebrated and significant of Bierce's writings. In the Midst of Life (Tales of Soldiers and Civilians), his collection of short fiction about the Civil War, which includes the masterpieces "An Occurrence at Owl Creek Bridge" and "Chickamauga," is suffused with a fiercely ironic sense of the horror and randomness of war. Can Such Things Be? brings together "The Death of Halpin Frayser," "The Damned Thing," "The Moonlit Road," and other tales of terror that make Bierce the genre's most significant American practitioner between Poe and Lovecraft. The Devil's Dictionary, the brilliant lexicon of subversively cynical definitions on which Bierce worked for decades, displays to the full his corrosive wit. In Bits of Autobiography, the series of memoirs that includes the memorable "What I Saw of Shiloh," he recreates his experiences in the war and its aftermath. The volume is rounded out with a selection of his best uncollected stories. Acclaimed Bierce scholar S. T. Joshi provides detailed notes and a newly researched chronology of Bierce's life and mysterious disappearance.

S. T. Joshi, editor, is the author of H. P. Lovecraft: A Life (1997) and many other books. He is also the editor of The Collected Fables of Ambrose Bierce (2000) and co-editor with David E. Schultz of Ambrose Bierce: A Sole Survivor-Bits of Autobiography (1998), Ambrose Bierce: An Annotated Bibliography of Primary Sources (1999), and The Unabridged Devil's Dictionary (2002).
Loading...
or
Not Currently Available for Direct Purchase