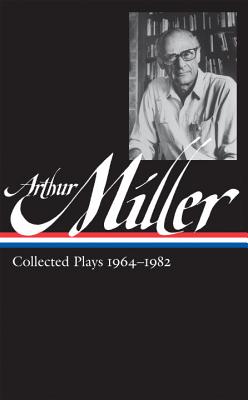 This second volume of Arthur Miller's collected plays opens with After the Fall (1964), his much-anticipated return to the theater after an eight-year hiatus. A tour-de-force exploration of guilt, responsibility, and history, the play opened a window on the playwright's marriage to the late Marilyn Monroe. Incident at Vichy (1964) dramatizes the round-up of Jews in Vichy France in a vivid single act. The Price (1968), a Broadway hit, follows two brothers, a successful surgeon and a struggling policeman, as they figure out how to dispose of their dead father's belongings. The Creation of the World and Other Business (1972) and Up from Paradise (1974) treat characteristically grand themes in uncharacteristically comedic and musical forms. The American Clock (1974) is a "vaudeville" about the Depression years, while The Archbishop's Ceiling (1977), set in a room in Soviet-era Prague that may or may not be bugged, is a meditation on trust and betrayal. The tele-play Playing for Time (1980) tells the story of the Women's Orchestra of Auschwitz. Here, too, are several shorter one-act plays and sketches-among them The Reason Why (1970), published for the first time-along with a selection of Miller's introductions and other writings about his plays.

TONY KUSHNER, editor of The Library of America Arthur Miller Edition, is one of America's most acclaimed playwrights. He has won the Pulitzer Prize for Drama (for Angels in America, Part One), an Emmy Award, two Tony Awards, three Obie Awards, and two Drama Desk Awards.
Loading...
or support indie stores by buying on
(This book is on backorder)