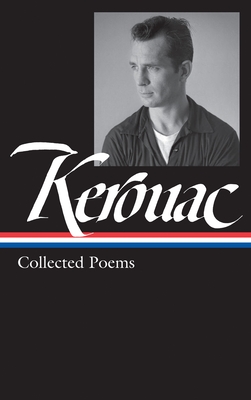 Poetry was at the center of Jack Kerouac’s sense of mission as a writer. This landmark edition brings together for the first time all Kerouac’s major poetic works—Mexico City Blues, The Scripture of the Golden Eternity, Book of Blues, Pomes All Sizes, Old Angel Midnight, Book of Haikus—along with a rich assortment of his uncollected poems, six published here for the first time. He wrote poetry in every period of his life, in forms as diverse as the classical Japanese haiku, the Buddhist sutra, the spontaneous prose poetry of Old Angel Midnight, and the poetic “blues” he developed in Mexico City Blues and other serial works, seeing himself as “a jazz poet blowing a long blues in an afternoon jam session on Sunday.” Many poets found Kerouac a liberating influence on their work: Robert Creeley called him “a genius at the register of the speaking voice”; for Allen Ginsberg he was “a poetic influence over the entire planet”; and Bob Dylan said that Mexico City Blues was crucial to his own artistic development.

Marilène Phipps-Kettlewell, editor, is a poet, painter, and short story writer who was born and grew up in Haiti and France. She has been the recipient of numerous grants and prizes, and is the author of the poetry collection Crossroads and Unholy Water and The Company of Heaven: Stories from Haiti. She lives in Cambridge, Massachusetts.
Loading...
or
Not Currently Available for Direct Purchase