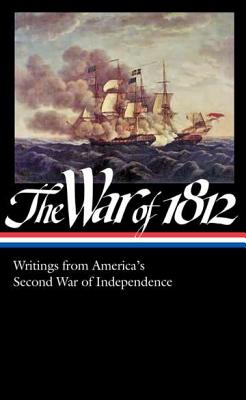 On June 18, 1812, the United States formally declared war for the first time. President James Madison’s call to arms against Great Britain provoked outpourings of patriotic fervor and vigorous—some said treasonous—domestic opposition. Over the next three years the War of 1812 would prove as divisive as it was rich in nationalist myth-making: We have met the enemy, and he is ours . . . Don’t give up the ship! . . . Oh, say can you see . . . . Now, on the bicentennial of a conflict that shaped the future of a continent, here is the first comprehensive collection of eyewitness accounts in over a century. Reflecting several generations of scholarly discoveries, it covers all the theaters of war, from frontier battles in Canada, Michigan, and New York to naval confrontations on the high seas and Great Lakes, from the burning of Washington to the defense of New Orleans. Here are 140 letters, memoirs, poems, songs, editorials, journal entries, and proclamations by more than 100 participants, both famous—Thomas Jefferson, Andrew Jackson, Tecumseh, Dolley Madison, and the Duke of Wellington, among others—and less well known, such as Laura Secord, the Canadian Paul Revere, and William B. Northcutt, whose remarkable diary provides a common soldier’s view.

Features helpful notes, a chronology of the war, and full color endpaper maps.