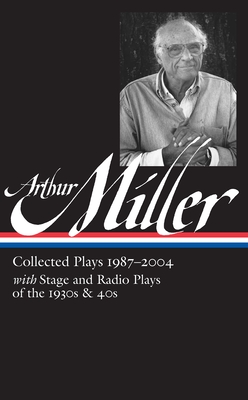 For Arthur Miller's centennial year, The Library of America and editor Tony Kushner present the final volume in the definitive collected edition of the essential American dramatist. Here are eleven masterful, haunting, funny, and provocative later plays, from the double-bill Danger: Memory (1987) to Finishing the Picture (2004), Miller’s final stage work, based loosely on events around the filming of The Misfits, in 1960, with Marilyn Monroe. In between, Miller revisits the perennially rich themes that define his work—the vagaries of fate and chance, the press of public events on private lives—with such plays as The Ride Down Mt. Morgan, The Last Yankee, Broken Glass, Mr. Peters’ Connections, and Resurrection Blues. Also presented in the volume are the early play The Golden Years, about the conquest of Mexico, which Miller revised for its first production in 1987; several shorter one-act plays and never-before-published early works and radio plays; and a selection of Miller’s incisive prose reflections on his art, among them “On Screenwriting and Language” and “About Theatre Language.”

TONY KUSHNER, editor of The Library of America Arthur Miller Edition, is one of America’s most acclaimed playwrights. He has won the Pulitzer Prize for Drama (for Angels in America, Part One), an Emmy Award, two Tony Awards, three Obie Awards, and two Drama Desk Awards.
Loading...
or
Not Currently Available for Direct Purchase