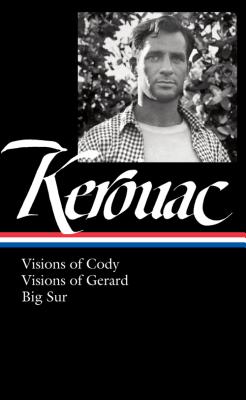 An authoritative edition of three Beat novels by the legendary author of On the Road. The third volume in The Library of America’s edition of the writings of Jack Kerouac opens with Visions of Cody, the groundbreaking work originally written in the early 1950s and published posthumously in 1972, in which Kerouac first treats the material later immortalized in On the Road. In it he moves beyond his early literary models to discover his own unique “bop prosody,” mixing closely observed description, free-form scats, and transcribed conversation to create an impassioned and hallucinatory portrait of his friend and idol Neal Cassady, here reimagined as Cody Pomeray. Visions of Gerard (1963) is a deeply moving meditation on Kerouac’s older brother, who died at nine of rheumatic fever, and who for Kerouac became an emblem of saintliness. The intensely focused and harrowing Big Sur (1962) finds fictional alter ego Jack Duluoz returning to California to escape fame and celebrity, a fateful decision that leads to a dangerous affair with Pomeray’s mistress, a nightmarish alcohol-fueled breakdown, and a desperate struggle for sobriety.

TODD TIETCHEN is a professor of English at the University of Massachusetts, Lowell, and the author of The Cubalogues: Beat Writers in Revolutionary Havana (2010). He edited Jack Kerouac’s The Haunted Life and Other Writings (2014).
Loading...
or
Not Currently Available for Direct Purchase