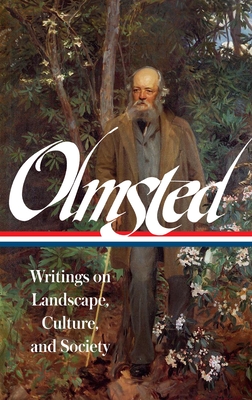 The biggest and best single-volume collection ever published of the fascinating and wide-ranging writings of a vitally important nineteenth century cultural figure whose work continues to shape our world today. Seaman, farmer, abolitionist, journalist, administrator, reformer, conservationist, and without question America’s foremost landscape architect and urban planner, Frederick Law Olmsted (1822–1903) was a man of unusually diverse talents and interests, and the arc of his life and writings traces the most significant developments of nineteenth century American history. As this volume reveals, the wide-ranging endeavors Olmsted was involved in—cofounding The Nation magazine, advocating against slavery, serving as executive secretary to the United States Sanitary Commission (precursor to the Red Cross) during the Civil War, championing the preservation of America’s great wild places at Yosemite and Yellowstone—emerged from his steadfast commitment to what he called “communitiveness,” the impulse to serve the needs of one’s fellow citizens. This philosophy had its ultimate expression is his brilliant designs for some of the country’s most beloved public spaces: New York’s Central Park, Prospect Park in Brooklyn, Boston’s “Emerald Necklace,” the Biltmore Estate in North Carolina, the grounds of the U.S. Capitol, garden suburbs like Chicago’s Riverside, parkways (a term he invented) and college campuses, the “White City” of the 1893 World’s Columbian Exposition, and many others.